First I would like to introduce you to Shelby Beck Shamp-Meinberg (they/them), born on September 8, 2021, weighting in at 8lbs 5oz, and 21 inches long.

As many of you know we were planning on having a home birth but due to some very unexpected circumstances that didn’t happen.

On September 7th, we were at about 38 weeks, and Katie’s water had broken. Over the next 24 hours there were no sign’s of labor, and there were no indications that there was anything wrong, but our midwife wanted to come check on Katie and the baby. After doing some vitals on Katie, which were good, but when listening to the baby’s heart rate she noticed that it was very high. The midwife recommended going to the hospital to have the baby monitored for a couple hours, just to make sure there was nothing major going on. This was not the news that we wanted to hear, once you are in the hospital (and you were not planning on it) there are usually a cascade of events which end up keeping you there. So this was very hard for us but we knew that we needed to make sure that there was nothing wrong with the baby.

We packed up a few things and headed over to the hospital, it was sometime between 5-6 when we arrived there. They did some vitals and listened to the baby’s heart for a little bit, which was hovering around 200 beats per minute. At this point things moved along very very fast we saw several nurses, midwife, and doctors. Since no one knew how long the baby’s heart rate had been this high and Katie was not in labor they said that the baby had to come out now. I feel like we didn’t have time to process anything and were very concerned for the baby at this point and before I knew it they were taking Katie to the operating room, I would join her there shortly after, that was a least something.

Being next to her while they operated on her, awake, was probably one of the most stressful times I have ever experienced and also felt like an eternity. After the baby was out their heart rate was still so high and we only got to see them for a hot second before they were taken away to the NICU, it would be a couple hours before we would see them again.

After running tests and being monitored in the NICU for a few hours, all their other vitals were good but their heart rate was still very high, they wanted to transfer them to another hospital that had a cardiac unit. At this point its around midnight or 1, we had to wait a good while for a transfer unit because there are only a couple for the whole state. Katie was not going to be able to go with the baby which was just unbelievable and heartbreaking, she had only been able to hold them for a few minutes before they were taken to UMD hospital downtown.

I got to UMD shortly after they did, this was around 230 in the morning, I think I might have slept for an hour or two on the little couch they had in the room.

After some ultrasounds of the heart and EKG’s the cardiologists were pretty confident that the issue was atrial flutter and to get the heart back into a normal rhythm they wanted to do cardioversion, this is basically shocking the heart.  I think at this point it was Friday morning, and Katie was finally able to discharge herself from the other hospital so that she could be with us.

They decided to proceed with the cardioversion as Katie was on her way to us, I wasn’t allowed to be in the room I was taken to some waiting room on the other side of the NICU, so this was very stressful to say the least. The procedure obviously worked or things would be different but Shelby ended up having to receiving 4 shocks to the heart to get it back into a normal rhythm. They had to heavily sedate them so that they wouldn’t feel anything, so they were pretty out of it for a good 24 hours.

At this point things were finally starting to look up, we were all together and Shelby’s heart was back to normal. It would be another 24 hours of tests and waiting to make sure everything looked good with their heart. We finally got the OK to go home late on Saturday, which we were so ecstatic to hear, we all just wanted to be home and not attached to any machines.

We have been to the pediatrician twice and the cardiologist and Shelby is looking very healthy, we will have another follow up with the cardiologist later this year but I expect that things will continue to look good.

Today Shelby is 18 days old, a breastfeeding machine, had their first hike yesterday, and are pushing 10lbs!

Kathleen is also doing amazing, we have done pretty OK with the resting, it’s hard to keep her from not doing things. But she did about a mile hike yesterday while carrying Shelby, before you know it she will be doing runs with Shelby in the jogger around Lake Montebello!

We couldn’t have done this without all the love and support of our friends and family, we love you all!️

Our plans for the coming months are still the same, we will be mostly not working and heading to Florida around Thanksgiving until February 2022. 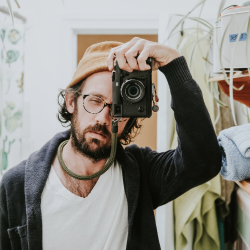